Bhubaneswar: Under ‘Nagar Van’ Scheme 5 Nagar Vans will be created in Municipal Corporations of Bhubaneswar, Cuttack, Sambalpur, Rourkela and Berhampur with a total financial outlay of 13.84 crore. State Forest & Environment Minister Bikram Keshari Arukha has given this proposal to Union Minister, Environment, Forest & Climate Change Sri Prakash Javedkar and has pressed for its early approval.

State Forest Ministers’ Conference attended by all Forest Ministers of 30
states of our country, was held today through video conference. Presiding over it, Central Minister Prakash Javedkar reiterated that all states must take measures to advance Nagar Van Scheme, School Nursery Scheme, Plantation under 20 point programme, Afforestation in Catchment of 13 rivers, Lidar Survey for soil moisture conservation and National Transit Permit Portal. Project Dolphin and Project Lion are to be implemented in right earnest to augment the number of dolphins and lions in the country.

State Forest Minister Sri Arukha expressed that Odisha has a long tradition
of forest conservation by forest dependent communities. Our State is having
33.15% of Forest cover as per State Forest Report, 2019 and as mandated in the National Forest Policy. Despite being prone to natural hazards like cyclones and floods our State has gained 929 Sq. KM of Forest and Tree cover in the last two years and has gained 4586 Sq. KM . in last twenty years. State Forest Dept. will take up 100 school nurseries in the best performing schools having Eco Clubs, National Green corps in the state from Government of India funding.

Preparatory activities and process for identification of schools under School Nursery Scheme are under process. Odisha has already launched its online TT permit portal. National Transit Pass System Portal is being closely monitored and will be seamlessly integrated with our TT Permit Portal (ttpermitodisha.in), whenever the modalities are shared by Government of India. During this financial year our State has already raised 13.70 crore saplings for plantation over 1.30 lakh hectare area and distribution to public which is higher than the target set for us by the Government of India.

Under MGNREGS Programme, in addition to the afforestation works, soil and moisture conservation activities, digging of trenches around forest, subsidiary silvi-cultural operations in timber coupes and forest road repair works have been taken up in large scale. Our State is implementing ‘Green Mahanadi Mission’ scheme since 2018-19 with plantation in 1-2 KMs on both sides of river Mahanadi. Minister Sri Arukha requested for making provision of funds from central CAMPA for the success of ‘Green Mahanadi Mission’ and for
approval of proposal for disposal of 1315 metric tons of red sanders wood. 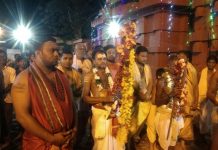 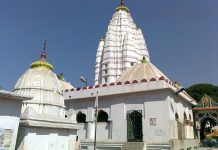