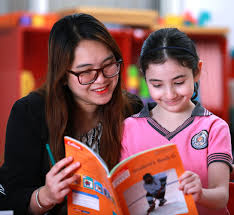 In our country it is generally strongly believed that English is an important language of opportunity in today’s world; therefore there is demand from all sections of the society, especially the educationally and socially deprived ones, to introduce English early in the curriculum. No government can ignore it. In fact, many states now propose to start English in Class I.

In favour of introducing English early in the curriculum, it is often argued that there is support for it in language acquisition research: one’s language acquisition faculty is said to remain active till the age of twelve or so. This obviously does not amount to saying that languages cannot be learnt later – only that there would be less contribution from nature. There is however a related finding, namely that without nurture,language acquisition would not be possible. And nurture in this context means exposure to language. Now, if one is exposed to ungrammatical English, one would learn ungrammatical English. In formulating our English language teaching policy we tend to miss the aspect of exposure.

The role of the teacher in foreign teaching cannot be overemphasized, especially at the school level because the teacher’s language is virtually the only exposure that the learners have, unlike at the higher levels where access to English lies outside the class room too for the student. One could therefore say that in India, English is the foreign language at the level of early stages of education and a second language at the higher school and college levels. Given this situation, even if the reading materials are good, they can be properly used only if the teacher is competent. The competence of the English teachers in our country at that level is poor – sometimes very poor – not excluding those in many of so-called “English medium schools”, especially in the rural areas and small towns. Only a few schools in the big cities and metropolises have teachers of English whose command of the language is good but they are by and large untrained in second / foreign language teaching.  Generally speaking, the English the school children are exposed to is ungrammatical and unacceptable. So the English they learn and use is very poor. It is as good as not learning the language. In view of this, a reconsideration of the policy of introducing English so early is certainly in order.

In India, English is being marketed fairly aggressively by the non-governmental education sector. The English medium schools, managed by the private sector, charge heavy fees; still they are in great demand. It is not uncommon to see people who work in the big cities in the poorly paid, non-skilled, service-provider sector, spending a large part of their savings on their children’s education in the English-medium schools hoping that English education would open doors of opportunity for their children and contribute to the enhancement of their own social status. All this can happen if they really learn the language, not an ungrammatical and unacceptable form of it.

In our educational system remedial English facility is available only at the college level and that too, often in theory, unless one has in mind our best institutes of technology, such as the IITs. In any case, remediation at the college stage is extremely difficult, which is unsurprising; only a few students benefit from even a successful remedial English programme. One of the biggest challenges that our country faces today in the field of education, to my mind, is providing quality English language education to the children of the socially and educationally deprived people.

In the present context, there is no way this asymmetry can be eliminated. The government, whether the Central or State, cannot intervene in the curriculum of the minority schools and the private schools (often misleadingly called “public schools”). The Central government can introduce a change in the curriculum in centrally funded schools alone, which are very few. This situation provides yet another reason for the demand to start English early in the State government schools. However, a reasonable English language teaching policy must take into consideration the important fact that the possibility of giving all children sufficient and quality exposure to English is very little.

Concerning a somewhat different but related matter, in some English medium school systems in our country, the teaching materials are culturally alien. The children learn about plants, trees, flowers and fruits, dresses and addresses, foods and delicacies, festivals, celebrations, nursery rhymes, folk tales and songs of an alien culture. They tend to develop taste for chocolates and pizzas rather than laddus and jilebis. A part of birthday celebration is the blowing off of candles. On an auspicious occasion, lighting diyas (clay and metal lamps) is part of our ritual, not blowing off lights. All this appears to be innocent but it is possible that some of the learners might not be able to connect well with their traditional cultural practices and grow up as a bit of an outsider in their own cultural surroundings and this might eventually lead to the lack of emotional maturity in some.

This is not to say that students should not be introduced to other cultures. On the contrary, they must be. Not just India, many countries, at least their metropolises, are multicultural. It is imperative that one develops understanding and respect for other cultures. All that one is suggesting here is that this could follow one’s acquaintance with, and some understanding of, one’s own culture as part of formal education. For this to happen there is need for appropriate teaching materials. It is not that steps have not been taken in this regard. National Council of Educational Research and Training (NCERT) has indeed brought out text material keeping the cultural rootedness factor in view, but not all schools in our country use the NCERT text books. Besides, even in these books, certain regional cultures do not appear to have been adequately represented. But much more importantly, these texts cannot be imposed on those private schools which choose not to use these.

In today’s India, hostility to English is restricted to a section of the educated elite, who call this language “the killer language”. However, as is well known, most of them do not often send their children to the regional language schools and do not demand quality education in these schools. It is as though if learning English is aggressively discouraged, then the quality of education in these schools will improve automatically, which is an unintelligible proposition. It is the common people, the non-elite who want their children to learn English well.  Our English language policy makers and our governments must carefully think whether the interests of these citizens can be best served in this regard if English is introduced at a very early stage in the curriculum in the prevailing situation as outlined above.