Home News Lead Story Habaspuri Sari: On the verge of losing its lustre Textiles are one of the oldest traditions in the world. Although its style varies from region to region, this process is an early example of industrial civilisation in all parts of the world. While the uniqueness of textiles in various states of India is now being realised, the demand for some textile industries is on the rise while some textile industries are in a state of despair due to lack of publicity and government incentives. One such textile is the Habaspuri sari of Kalahandi. It was once the means of clothing for almost every other person in the Kalahandi region, but is now a neglected commodity.

Who hasn’t heard of the Habaspuri sari of Kalahandi? The Habaspuri weave is a cotton-based traditional handloom textile of Kalahandi in Odisha, It is popular among handloom lovers for its unique designs but unfortunately there are not enough weavers willing to carry forward the weaving tradition forward. These sarees were originally produced by members of Kandha tribe in Habaspur village of the district during the 19th century and were mostly woven with cotton and silk.

This unique sari weaving art was revived by master weaver Ugrasen Meher in Chicheguda when the dynastical rule had declined and the tribals stopped weaving the saris. Because of designs like Kumbha (temple), fish and flowers that are woven into the saris they are considered unique which is why weavers of the village began producing the sari and revived the textile tradition of the State. In order to help the weavers, the Government formed the Chicheguda handloom cooperative society. The society looks after the training of weavers and marketing of the final products. And as a sign of the pride and happiness of the district this unique weaving got a Geographical Indication tag in 2012-2013.

Sadly the government support was short lived, it affected the weavers and forced them to look for other means. Although, the sari is not woven in Habaspur village anymore, thankfully some weavers in Chicheiguda, Palas, Baldiamal, Pundkul, Limser, Punjia, Handakhalpada and Jayantpur villages are carrying forward the tradition. The reports of the Textile and Handlooms Department saysthere are 11 primary weaver cooperative societies. In the year 2016-17, there were reportedly 1,445 weavers and 110 looms, the number dwindled down to 1,353 weavers and 106 looms in the year 2018-19.

As far as the production value of Habaspuri saris and fabrics are concerned it was Rs 28.55 lakh in 2016-17 but sadly in the year 2018-19it came down to Rs 18.89 lakh. If we look at the root cause of the declining trend of this weave then it can be attributed to it being labour intensive and time-consuming with hardly or poor returns. As a result the youth of the weaving community have got involved in farming, construction work and small business opportunities that earn them daily wages. As opposed to income from weaving, which is not timely.

Seeing the declining interest of the youth, now the Textile and Handlooms Department has started training them in Habaspuri weaving so as to attract young weavers into this beautiful craft. The youth are being trained at Handakhalpada in skill development, tie and dye and producing products in Habaspuri design. They are concentrating on products like bed spreads, table mats apart from sarees. This training period is upto December this year. After that the trainees will be given looms and raw materials for weaving the saris and other fabrics.Other such special training programmes are also being planned.

you can reach him [email protected]

Dussehra Puja in the Samaleswari Temple 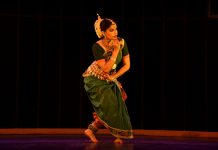 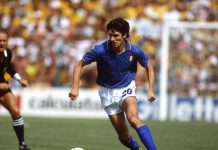 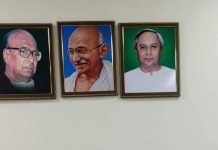 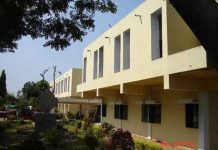