Ilish is a species of fish related to the ferring in the family Clupeidae. It is also known as ilishi, hilsa, hilsa herring or hilsa shad. Its botanical name is Tenualosa ilisha. It is very popular and sought after food fish in the Indian subcontinent. And it is the national fish of Bangladesh. The most famous hilsa fish comes from the river Padma in Bangladesh.

The fish ilish is marine. But it comes to fresh water in the rainy season. It can grow up to 60 cm in length with weights up to 3 kg. It is found in rivers and estuaries in India, Bangladesh, Pakistan, Myanmar, and the Persian gulf area in the rivers Tigris and Euphrates. Ilish is a fish that is found mainly in two oceans – the Indian Ocean and the Pacific Ocean. This fish remains in coastal waters and ascends up the rivers up to 50-100 km to spawn during the rainy season (June to September) and also from January to April. April is the most fertile month for the breeding of ilish. The young ilish returning to the sea are known in Bangladesh as jatka. 86% of the total hilsa catch is from Bangladesh. This fish is popular food amongst the people of south Asia and the middle east. But it is very very popular with Bengalis, Odiya, and Andhras, Bangali fish curry is a popular dish made with mustard oil or seed. The Bengalis call this shorshe ilish.

Ilish is an oily fish rich in omega. 3 fatty acids. In Bengal and Odisha ilisha can be smoked, fried, steamed, or backed in young plantain leaves, prepared with mustard seed paste, curd, eggplant, Jira (cumin). It is said that ilish can be cooked in more than 50 ways. Ilish can be cooked in very little oil since the fish itself is very oily.

Ilish is so popular that it should be eater at any cost. The Andhras say – it is worth eating even if to sell your Mangala Sutra. In Odiya, there is a saying-

(You should eat ilish fish and work in the police Deptt. These things are supreme in their own aspects) ilish has a cultural significance also in Bengal. A pair of ilish fishes are bought on auspicious days. In Bengal, ilish is also used during weddings as tattwa gift. The family of the groom presents a pair of ilish to the family of the bride. In Bangladesh and West Bengal, Khichadi is prepared with fried ilish with a special way of cooking lentils and rice together with some added herbs. It is popular among all Benglis during monsoon which is known as the month of ilish. In Bangladesh and the West, Bengal ilisa is termed as the queen of fishes.

This fish is called palasa in the Godavari districts of Andhra Pradesh. It is caught in the Godavari river from July – September this time fish is in high demand and costs Rs. 8000/- per kilo.

The rivalry between the two football clubs – East Bengal and Mohan Bagan are celebrated by food – with hilsa for East Bengal and Prawn for Mohan Bagan. To see how popular is ilish which is relished by Bengalis and some other people. But a word of caution – Ilish is on the brink of extinction due to overfishing. We should stop it before it is too late. 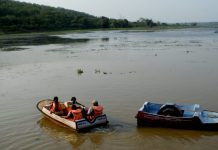 Triangular fight on the cards in bypoll for Brajrajnagar Assembly