Kolkata, July 24 (HS): Attending a webinar on ‘Indian Foreign Trade Policy under Covid Era’ organized by the city’s premier Merchants Chamber of Commerce and Industry (MCCI), international trade expert and Indian Institute of Foreign Trade Director Professor Manoj Pant said on Friday, “India should not only use the COVID crisis to revive its trade policy, but re-skill its unskilled work force through a combination of useful methods in its training processes.”
Underscoring the role of various Indian Technical Institutes (ITI) and the Indian Institutes of Technologies (IIT) across the country in re-skilling the unskilled and semi-skilled workers, Professor Pant said that technology could create standardized products critical for small scale industries. The use of digital technologies is critical and their payment mechanism is also a critical part of logistics.

According to him, agriculture and constructions sectors in India accounted for 55 per cent of direct employment. As Indian economy engaged a huge labour force, in todayâ€™s world even unskilled labours were required to perform as per the global demand even when doing repetitive tasks. In the 1970s, China wanted its population to go into farming. Yet, by 1985, it became a large exporter of manufactured goods, Prof Pant said and informed that all East Asian and South East Asian nations imported their products from China as the value addition in China was just 6 per cent of the total export.
Replying to a query from Hindusthan Samachar, Prof Pant said Indiaâ€™s share in global agriculture exports had now doubled from 1 to 2 per cent as no other country could grow tropical foods like India.
“India has 4 to 5 per cent share of global trade and services and it is a direct buyer-seller relationship in which logistics does play a critical role,” he said. Following the COVID crisis, many countries were now looking at shifting operations from China to India, Prof Pant claimed and said but for that India needs a large pool of skilled and semi skilled labour force. Accordingly, It is important to re-skill India through a combination of studies in ITIs and IITs. “As China is not politically acceptable these days, there will soon be a structural shift in trade away from China.

For this to happen, skill of the Indian workforce, including unskilled labour would be important.” Prof Pant was welcomed at the webinar by Akash Shah, Senior Vice President, MCCI who sought to know how India could be a significant part of the global value chain. 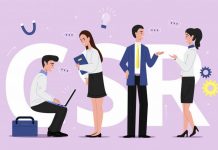 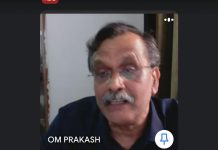