Industrialisation has come to be regarded as synonymous with economic development. It is a process in which there is a sharp increase in the industrial share of GDP and of the labour force. It is through industrialisation that the centre of gravity of the economy moves from Agriculture to Industry. Industrialisation implies two things:

By industrialisation in Orissa means ‘Mining’ and export of minerals to earn foreign exchange. It further means a process whereby we can invite foreign investment from abroad, utilising it to establish big mineral based industries to increase the standard of living of the people.

The Economic Survey Report Investment and resultant employment generation in the State of Orissa is as follows:

So for as Rs 1 Crore investment in the above four categories of industries are concerned it is seen that number of employment generation is as per Table No. 2

Thus we find that the Cottage Industries has a large capacity of employment generation as compared to other types of Industries for the given capital Investment.

In Orissa, industrialisation started with the following objectives:

As per the study conducted by Keshaba Das, Orissa constitutes 2% of the industrial output, employment and manufacturing value added at the national level only above Assam, Orissa is the least industrial state among the 15 major states in India.

We wanted to access the pros and cons of industrialisation in Orissa with special reference to Kalahandi district. We based the study on the overall industrial performance of the whole district. The sources of data are both primary and secondary data.

Kalahandi is one of the KBK districts, of Orissa, covering an area of 7920 square kilometres situated towards the South-West of the state. It has 13 CD Blocks 273 GPs and 2008 inhabited villages. Basically an agricultural district with 13.34 Lakh population as per 2001 Census has the Industrial situation as follows:

Kalahandi is a mineral rich district in the state with a large deposit of minerals.

A part from this the district has a large deposit of Bauxite:

A detailed study of industrialisation in Kalahandi district suggest that most of the efforts to start an Industry in the district has proved to be a failure.

A review of the industrialisation of the district state that, it basically comprises of rice mills. As it has about 200 rice mills. In 1993 first major industry was started in Junagarh area known as The Western Sugar Chemicals Limited  to process 1250 TPD and ancillary chemical industries. However, lack of commitment has disappointed the farmers. The second major industry is the The Spinning Mills at Kesinga with ultra-modern facilities got started to fulfil the aspirations of the vast majority of cotton growers of the locality. Needless to say that Kalahandi grows the best quality of cotton in the country. However to the dismay of the cotton growers, owing to the lack of interest and initiative on the part of the Government, the project could not materialise. A food processing Industry started at Biswanathpur with private initiative, could not be completed. Inspite of a large variety of fruits available in the district, still the project of food processing failed. A biscuit factory at Kesinga started and also stopped because of the lack of commitment on the part of the proprietors. Kesinga Paper Mills also suffered with the same fate, Baring a few small scale industries like fabrication units, rubber tube industry, rice mills, cottage industries like wood craft at Khairpadar, stone curving at Ampani, paddy crafts, Terracota in Thumul Rampur etc. there was no big industries which came to the district till the arrival of Vedanta Alumina. This industry came with a good amount of irregularities like with no forest, environmental clearance, causing degradation of environment, ecology and the very bio-diversity of the district. It is to disturb the life, living, culture, livelihood of the people of the locality.

Challenges of industrialisation in Kalahandi

Vedanta Alumina has shifted a good number of tribal who have lost their   land, livelihood and habitat to which they were closely attached as the Dongoria and Jharnia kandhas.

Construction of Alumina Project will destroy the deep reserve forest of Lanjigarh area as well as the Canopy Cover of the forest leading to           environmental degradation and increase in global warming.

The recent Acid rain in the district and the periphery is the outcome of Alumina plant at Lanjigarh.

An industry should be established at a place only when these three condition are fulfilled:

Statistics show that the per capital consumption of Aluminium in India is only 500 grams as against 50-60 Kilogram in USA or European Countries.          NALCO alone is capable of providing the need for the whole country. Thus there is no need for a mining at Niyamgiri hills which will benefit the developed countries not India or Orissa to that effect.

Kalahandi has greater prospects for industrialisation in the following areas:

Keeping in view the problems and prospective of industrialization in the district of Kalahandi and in a situation of COVID 19 pandemic situation and with the reverse migration of a good number of people a blue-print for the district or to that effect the whole state can be prepared at per with the availability of natural resources of the state to have sustainability. There is an urgent need to go for the Ageo based industries as well as soma processing units for NTFP be set up with a hope to provide large scale employment opportunity for the masses. At the end it can be concluded that the whole world is burning now with the South Pole is meeting. Most developed countries are attracted towards simple living principle of Mahatma Gandhi. Even the people of USA have given up their ties and are with casuals and preferring to have a pollution free environment and living. Then why can not we adopt such a principle and live happily in the world called, “Ram Rajya” 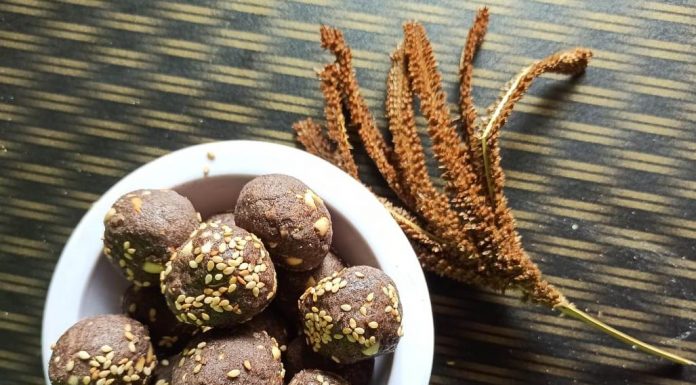 Enrooting love of learning in Beirut