He also said Kalahandi is marching ahead in all spheres and it is not a backward district. Apart from strengthening of road connectivity and electrification, special thrust has been given for better irrigation facility and establishment of MSME in the district, he said

Mishra said individual social responsibility can bring changes in the society and one should help the needy people.

Vice Chancellor, OUAT, Bhubaneswar, Dr Pawan Agrawal said 80 per cent people of the district depend on agriculture for their livelihood.

Former Director, Institute of Economic Growth (IEG), New Delhi, Dr Manoj Panda laid thrust on establishment of agro-based industries and MSME for development of the people and the district as well. He said people of the district are getting the benefit of the Indravati Irrigation Project. Apart from irrigation, the road connectivity has been substantially improved in the district, he said.

Retired bureaucrat, Dr Jayadev Sarangi said communication is the key for development. However, people of the district are debarred from getting better medical services due to lack of emergency evacuation facility. Connectivity to major cities of the state having better medical facilities including the state capital should be improved, he said.

Regional Manager & Head, NRDC-IPFC & WIPO-TICS, Innovation Valley, Government of India, Bijay Kumar Sahu said technology and innovation are the key for development in the present era. Innovation and technology should reach the common people for their development, he said.

Apart from innovation and technology, special emphasis should be given to capacity building of the people through new skills and home-grown ideas, he said.

Secretary, Odisha Sangeet Natak Academy, Bhubaneswar, Prabodh Ratha said a training camp will be organised for the Ghumura artists of the district. They will facilitate national platforms for young folk artists, he said.

The role of moderator of the webinar was performed by journalist , Debendra Bisi. 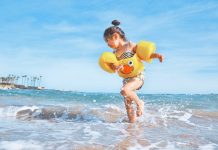 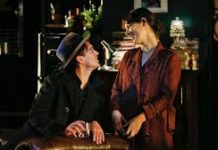