Bhawanipatna. Oct 25: Director General Audit, Northern Railway, Gorakhpur, Purna Chandra Majhi said there is no dearth of opportunities in Kalahandi and there is ample scope for development of Kalahandi in the field of horticulture, food processing and tourism.

Speaking during a webinar on ‘Chala Dekhma Amar Kalahandi-5’ (Let’s see our Kalahandi-5) on Sunday, he said there is a lot of scope for horticulture in the district.

He further said that the state government should take initiative to construct check dams at all the feasible locations across the district as majority of the people depend on agriculture for their livelihood.

He said career counseling for the youngsters is the need of the hour and steps should be taken for proper career counselling of the youths.

General Manager, BSNL, Odisha Circle, Sashidev Durga said all the gram panchayats of the district will get high speed internet network of BSNL and the work is underway in this regard,

He also said a satellite centre of Software Technology Parks of India (STPI) besides a skill development centre should be set up at Kalahandi for the benefit of local youths.

Resident Editor, The Times of India, Bhopal, Prasenjit Mund said there is no dearth of success stories in Kalahandi and all the success stories should be brought to limelight. Apart from raising various issues, journalists should lay thrust on positive stories, he added.

Apart from non-paddy crops, the farmers can undertake aquaculture, dairy farming and poultry farming besides cultivation of medicinal plants and floriculture, he said.

Moreover, he laid thrust on cooperative farming, contract farming and agro-based entrepreneurship for development of the people of the district.

President, Odisha Olympic Association (OOA), Cuttack, Jagmohan Pattnaik laid thrust on promotion of football in Odisha. The state government has evinced interest to promote football in the state. There is ample scope to produce good football players in Kalahandi, he said.

The role of moderator of the webinar was performed by journalist and host, Debendra Bisi. The technical support was provided by Niranjan Mahapatra of Odisha Library Academy. The inaugural song was sung by the noted singer Jajati Nayak. Er Ajay Panda of Pragati Group of Institution and Bibhu Prasad Sahu of Harapriya Refractories Pvt Limited were the knowledge partners of the webinar. 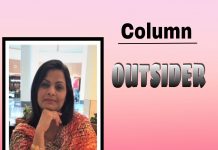 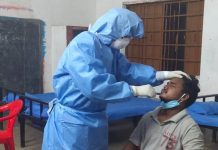