A couple of decades ago, the Bollywood had made a very popular movie, Raja Hindustani. The pun was naturally on the second word of the movie title, which incidentally was also the cognomen of the main character, probably passed down to him by his friends and acquaintances in the neighbourhood. Though it may literally mean a citizen of India, but then there was more to the name.

The movie featured Amir Khan as the protagonist, whose another movie with patriotic vehemence, Lagaan (meaning, Cess), was a colonial era, super imaginative, super-ridiculous story of an unthinkable cricket challenge match between the local British civil servants and the starving Indian subjects from a very exploited, famine stricken village- a mixture of land tillers and humble workers, was India’s official entry to the Academy awards in the best foreign film category then.

This is not an attempt to undermine the merits of the movies in any way. I have seen none of them yet.

The point is about the first movie in reference. Obviously it is about its meticulous title. The surname ‘Hindustani’ for the protagonist. A surname in our social system clings like tag marks to reveal one’s caste. Well in the movie and in real life, it may just be a jingoistic epithet, or an assumed self-plaudit.

Decades later, a philanthropist friend, a long-time acquaintance, one day called me to intimate that he had assumed the title of ‘Hindustani’ by dint of a court affidavit. Good for him, I thought. I wondered if my friend had taken a cue from the movie’s title.

As of the movie in question, I can guess that it must have been to portray the main character as a free-thinking, easy going, universal man in a pan-Indian scenario. An absolutely endearing being, poor though, yet open-hearted. At least, this way I would like the word ‘Hindustani’ to mean.

And I am sure the movie must have portrayed the main character that way, which is obvious because of the movie’s immense success. Had there been anything negative about the character, with a title like that, the movie would have doomed any ways to a paramount flop.

Maybe to portray himself as a well-meaning, secular and open-mind individual, which undoubtedly he is, this could be why my social activist friend had chosen to assume this title, which he uses till day.

The other day I found a facebook commenter, perhaps a well-intentioned online friend of his, pleading with him online in a comment to his post, not to call her dear Bharat, Hindustan. It is when it struck to me why not the title, but the name of the land of which it is a derivative, sounded invasive to someone who was young and educated and who appeared very well-informed about social developments.

This led me to make quick recapitulation of what my school history text books had taught me regarding the nomenclature of our country. There were theories.  The British mispronounced our country’s name. That we were called Indians because of the river Indus, which again was a mispronunciation by the English rulers- it is actually Sindhu, which once also flew in our mainland, of course before the partition of the land. Or was it because of Columbus’ failed attempt to reach us, which in that case tells why all ethnic tribes across the globe are broadly known as Indians, mainly in Latin America and Australia.

The other name for the country, even though it is not official at all, Hindustan, which for sure must have first started as ageo-ethnic reference to a rich land among the nomads and the travellers in the middle-east where they ventured for knowledge and business, and then among the invaders of the medieval age who plundered the affluent country over centuries.

The name then graduated to a full christening after it had started featuring in the travel writings of many embedded historians who would join the invaders to chronicle their victories and produce flattering literature and pseudo- historical accounts to pander to the royal egos. This name suited them the most for folkloric reasons.

Bharat, the country’s original name, had mentions in our mythologies and epics. It’s a name derived from a Hindu King—Bharat,who was an ancestor to the Pandavas and the Kauravas of the epic Mahabharata, and whose father, King Dushyant, featured in the most famous ever classical tale of love, in the Sanskrit lyrical drama by the great classical age poet Kalidas, Abhigyanam Shakutalam.

In the 70s, we had at least one much celebrated movie hero who would rather have Bharat as his screen name, Manoj Kumar. The latter had eventually earned himself the nick name ‘Bharat’. But then, the cinematic interpretation of fidelity and purity of soul in his movie characters slowly got transfigured to a bubbling Hindustani. While both are names of the country, one official and the other informal,to some both signify the same; to many any alteration is shocking.

The tragedy of knowing too much, and sometime of painstaking obliviousness, is that it makes people super allergic to other people’s conscious choices.

One of the many shared fall outs of our present times is that we have developed this peculiarity of understanding history in many forms. There is a right and then there is a left approach to understanding everything. Some think there should be a clear mathematical formula to arrive at any agreeable point of view in public life.

Democratic processes, like dictatorial regimes, decide the very many notches of our select past that may be termed as agreeable or disagreeable in contemporary times from time to time.

A rich past is like a shell of cherished embellishments glued to one’s essence that helps take the classic ethos of a nation to the next level. And when the derivative of an unacknowledged name of the land connotes symbolic reference to free souls, it should be very welcome. 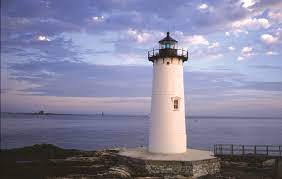