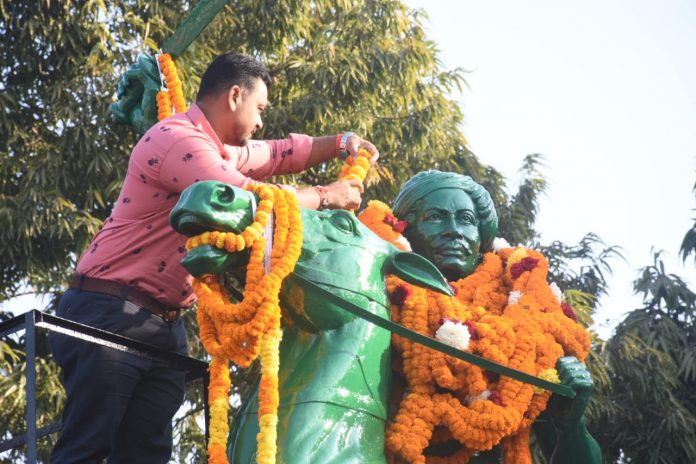 People from various sections of the society gathered to pay homage to Sai at village Khinda under Rengali block of Sambalpur district, which is the birthplace of the freedom fighter. They also garlanded the statue of Sai, which has been installed along Sambalpur-Rourkela Highway near Khinda Chowk in the district.

Similarly, people from all walks of life including members of different political parties, cultural and social organisations garlanded the statue of Sai at Jail Chowk in Sambalpur city in the morning.

Sai is known for having incarcerated the maximum number of years in jail as a political prisoner in the world. Sai had spent 37 years in prison. His role in shaping the cause of the Indian Rebellion of 1857, which is also known as India’s First War of Independence, in the hilly tracts of Western Odisha was highly inspiring.

Writer of ‘Sambalpur Itihas’, Deepak Panda said Sai was born in a royal family on January 23, 1809. He started revolution against the British at the age of 18 in 1827. However, Sai was captured by the British in 1840 and was kept at Hazaribagh prison. During the Sepoy Mutiny, the rebels broke the Hazaribagh prison in 1857 and Sai was freed. And again, he started his revolution against the British. In 1864, Sai was again sent to Asirgarh Jail near Burhanpur, where he died on February 28, 1884, he informed.

In Jharsuguda, Minister of Petroleum & Natural Gas and Minister of Steel, Government of India, Dharmendra Pradhan unveiled a statue of Sai at Veer Surendra Sai Airport at Jharsuguda. The statue of the legendary freedom fighter has been installed at a cost of Rs 60 lakh.