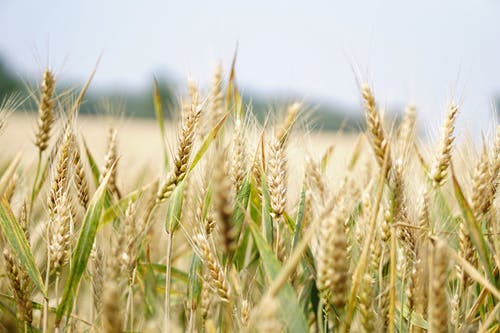 Even during a huge second wave of Covid19 that India is struggling to cope with presently, farmers’ protest in India is still making news. Farmers’ protest has dominated national media for the past 6 months. There were already 11 rounds of talks between the Central Government of India and leaders of protesting farmers till January 22, 2021. Though initially, the Central Government agreed to some of the demands, the talks were inconclusive because of two major demands. The first demand has been to repeal the three-farm act that the Government of India passed in September 2020, the second demand has been to make a law to guarantee Minimum Supporting Price (MSP).

Earlier this column has mentioned about lack of support for these farmers’ protests across all states except in Punjab, Haryana, and part of Western Uttar Pradesh. It was exposed that why these protestors are illogical. For instance, one of the major demands has been to guarantee MSP. But the fact is the focus of protesting farmers is largely on paddy and wheat that Punjab and Haryana cultivate. For the past few decades, except Basmati rice all the paddy and wheat cultivated in Punjab and Haryana are purchased by the Government of India through the Food Corporation of India (FCI) at MSP rate. Therefore, a guarantee of MSP is not going to benefit them at all as they are already benefitted. Secondly, farmers in western Uttar Pradesh mainly cultivates sugarcane, so MSP has little importance for them.

Thus, any protest asking guarantee of MSP should come from states where farmers do not get MSP properly. These states are largely in other parts of the country except Punjab and Haryana who are already dominantly and absolutely benefitting from MSP. Protest by farmers in Punjab, Haryana, and those leaders from western Uttar Pradesh asking guarantee of MSP thus appears illogical and immoral. If we ignore the politics behind protesting farmer leaders, the next question comes that why the central Government is so reluctant to bring a law to guarantee MSP for farmers when Government is already purchasing paddy and wheat at the MSP rate?  Let us focus to identify the reasons. The MSP rate Government of India currently gives is higher than the international competitive price for non-basmati rice and wheat. This year India doubled its export and exported a record amount of non-basmati rice, the largest exporter of rice in the world, and increased 3 fold its wheat export. Interestingly, the export price was lower than what farmers in Punjab and Haryana sell to the Government of India. If all the paddy and wheat will be purchased at MSP rate, then India will lose its advantage over other markets, especially Thailand and Vietnam for rice and Russia, the USA, and France for wheat.

Secondly, a law forcing private players/traders to buy at MSP rate will immediately fuel high inflation for food for the middle class and rich class who do not receive subsidized grains through the public distribution system. Economists believe a 1 percentage increase in MSP can lead to a 15-basis point increase in inflation that will impact economic growth. Basic business theory is when the market is not profitable private players will exit. This will have a negative consequence and challenging situation socially in a country where 5 rupees increase in petrol price instigate public debate.  Thirdly, when MSP is made mandatory for private players, not only there is a risk of legally/illegally importing cheap rice/wheat from other countries, but also it will fuel illegal trading and smuggling in the domestic market. Even today there are reports of nexus between corrupt officials, politicians, and millers to recycle rice purchased in the public distribution system. Such practice may further increase if MSP is made mandatory.

Fourthly, when farmers see a guaranteed income through MSP it discourages them to cultivate other kinds of crops. All over India, where MSP has been implemented, farmers have switched over to paddy/wheat due to profit margin and practicality by ignoring other kinds of crops. It should be noted that India was not exporting much rice and wheat in the past decades but this changed in the last 7-10 years when MSP in paddy and wheat was largely encouraged in other states, mainly in Madhya Pradesh, Chhattisgarh, Odisha, Andhra Pradesh, Telangana, Tamil Nadu, etc. Farmers switched more and more to paddy and wheat (especially in Madhya Pradesh and Uttar Pradesh) instead of other crops. This creates a huge imbalance in domestic production. In the last 10 years, MSP has produced more rice and wheat than India needs but at the same time production of oilseeds, pulses, etc. has dramatically decreased forcing the Government of India to import them at a high cost to meet domestic demand.

Fifthly, even if domestically Government ignores inflation and increases the food price for paddy and wheat, excess production is a problem for the export market too. As per World Trade Organization (WTO) rule, surplus cereals cannot be exported without a subsidy.  Sixthly, a guarantee of MSP exploits abnormally water, land, and electricity resources. Punjab is the best example where MSP has decreased groundwater resources remarkably and made the land less fertile over the decades. As per a scientific study, Punjab will soon transform into a desert if it continues like this. Besides, Government has to highly subsidize and provide free electricity for farmers in Punjab to cultivate these crops. The cost to the taxpayers to cultivate paddy and wheat is much more in Punjab than in those regions where surface water is used for irrigating paddy and wheat fields. When there is excess production in paddy and wheat in the country, it is in the interest of taxpayers and the environment that paddy and wheat cultivation are discouraged in Punjab and encouraged in the region where surface water is stored in dam/barrages, such as Hirakud dam, Indravati dam, etc. and used for irrigating highly water consuming paddy and wheat fields.

The the demand of Punjab farmers today appears like a spoiled child. This experience from Punjab and ongoing protest by the farmers in Punjab should be a good learning experience for the Government of India. Instead of emotionally getting attached and be sympathetic with them, the Government of India should rather be firm to not repeat the same Punjab experience across India. Of course, farmers need support, but the policy should be less disruptive and in the interest of both farmers and consumers. As the farming is getting mechanized in India, a smaller percentage of farmers will solely depend on farming and a large part of them will be partially depending on farming and substantially depend on a second job such as teacher, other employment, daily laborer, auto driver, carpenter, trader, etc. So, at the national level interest of consumers will be more challenging from a macroeconomic perspective. Instead of guarantee MSP, there is also an alternative way to help marginal and poor farmers such as Prime Minister Kisan Samman Nidhi Yojana. Government should seriously focus on such a policy to boost the farmer community.