Bhawanipatna, Nov 28: Director of Estates, Department of General Administration and Public Grievance, Government of Odisha, Sushanta Mohanty said there is ample scope for development of non-mineral based industries in Kalahandi district.

He further said both backward and forward linkage play an important role for the development of the farming sector.

Mohanty said the road connectivity in the district has been improved substantially. However, there is a need to improve the health services in the district, he added.

Program Director, Ericsson, Bengaluru, Sribant Panda said technology plays a pivotal role in the current era and technology should be used for the development of agriculture.

Panda said there is ample scope for development of tourism in Kalahandi. Currently, tourists are interested to experience village life and spend some days in villages. The villages of Kalahandi can be promoted as tourist destinations, he said.

Managing Director, Destiny Finco Pvt Limited, Kolkata, Devarsi Negi laid thrust on setting up of cold storages and strengthening of cooperative movement for the overall development of the farmers in the district.

Apart from this, he focused on formation of FPOs in the district. The FPOs should connect the farmers with the buyers, he said.

Apart from providing platform and infrastructure, steps should be taken to provide livelihood to the artists, he said.

The role of moderator of the webinar was performed by journalist and host, Debendra Bisi. The technical support was provided by Niranjan Mahapatra of Odisha Library Academy. The inaugural song was sung by the noted singer Markanda Naik. Er Ajay Panda of Pragati Group of Institution was the knowledge partner of the webinar. 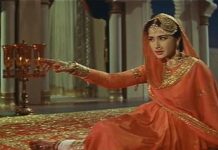