Home Opinion The Past is never dead 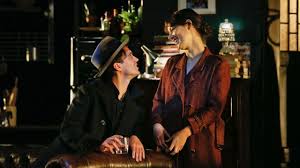 contrary to some wise sayings to the effect that what is gone, is gone forever. Our collective past lives in our beliefs, cultural practices and artistic creations, both linguistic and non-linguistic, among others and sometimes it enters into our present, quietly, unobtrusively. In Odisha, families still do not share the food offered to goddess Lakshmi with outsiders, including their own married daughters. This is forbidden in Lakshmi Purana composed in Odia almost five hundred years ago. Likewise, those housewives who observe the ritual fast named “Kanji Amla” and dedicated to goddess Sathi, do not share the goddess’s prasad with any outsider. The leftover prasad is buried, in accordance with the directive in the story associated with this osha. It is not kept overnight even for the family. The fast must have started hundreds of years ago – when exactly, no one knows.

Such narratives, beliefs and cultural practices as these differ from community to community, even within the same cultural area, like India, for example. As far as the Odia Hindus are concerned, the puranas and the upapuranas, the mahatmyas (traditional narratives celebrating places, months, trees and plants, etc.), osha and brata kathas, the non-religious loka kathas, loka gitas, Abolokara stories, riddles, proverbs, bacanas (wise sayings, but these are not restricted to the bacans), tongue twisters, jokes, naming system, etc. embody, in diverse ways and to different extents, the collective knowledge of this community. No girl child in Odisha is named “Ganga”, although girls are named “Mandakini”, “Jahnabi” and “Alakananda”, which are the other names of the “Ganga”. In Sarala Mahabharata, of the fifteenth century, Ganga is a home-breaker and this image of her is part of the Odia’s cultural consciousness. The disastrous consequence of enjoying alone the property that belongs to others as well, is described in the story of “Babana Bhuta” in this same text. That the social superior must not hesitate to do things unbecoming of him to please an absolute non-entity for the fulfillment of his laudable objective is highlighted and endorsed in, again, the same work, when Lord Krishna holds the foot of a donkey in order to get the powerful and wicked king Jarasandha killed. Narratives such as these tell us something about the way our forefathers had negotiated with their world and ruminated over their experience. We can presume that from such ruminations emerged our traditional knowledge systems, moral codes, social structures and the like but we will never know for certain their precise origins and how they evolved over time.

As the world changes, part of the traditional knowledge become unhelpful; for instance, the following weather forecast: sani saat, mangala tin, aau sabu dina din din (if rain starts on a Saturday, it would continue for seven days, if on a Tuesday, for three days, and in the case of other days, just one day.) On precisely what basis this knowledge was arrived at is not known and probably no one ever cared to know. In all probability, it was based on the experience of the community but how long it had taken for our ancients to come to this conclusion we will never know. Agriculture-based information contained in our ancient sayings such as when to plant seeds, when to harvest, etc. would hardly enthuse the present-day farmer.

In the changed world, the familiar today may become unfamiliar sooner than later. Think just of the words: from kinship terms, such as jetha, jethi, dedhasashu and shali bhauja to household implements like dhinki, hemadasta, olia and silupua, to abusive words, such as nian, chuli, rada, etc. It will not take long for these to disappear from current usage but then words never die. They survive in the cultural narratives of the bygone days. Now, resistant to endangerment in the changed environment are some of the traditional attitudes – in the domain of the moral code, in particular and it is mostly through these that the intrusions of the past into the present are more clearly evident.

In day-to-day life, tradition comes alive when we justify our actions by recounting what the wise had done in comparable situations and condemn a grossly unethical action, such as rape and murder by calling the criminals rakshasas. For us, an action is ideal if it reminds us of a comparable action by Lord Rama. Our epithet for the ideal state is “Ramarajya”, and for a morally degraded state is “Ravanarajya”. If, once in a while, an honest and law-abiding person uses some unacceptable means to please a corrupt official to get his work done, he explains away his action saying that even the virtuous Yudhisthira told a lie to win the war. Some still defend, if not in public, the dowry system by citing the scriptures: didn’t the king Janaka give dowry to Rama or king Drupada to the Pandavas? Kansa mamu is still used as an epithet for an evil uncle, as is Sakuni mamu, making Srimad Bhagavata and Mahabharata part of our functional community consciousness. When one says sarcastically to someone, bhari satia dekheihauchi – sate jemiti judhisthira tae – (what showing off as being a truthful man! As if he is Yudhisthira!), one experiences the Mahabharata character for a moment. And when it comes to mulling over what would be the right thing to do in a certain situation, people still refer to what maryada purushottama Rama had done in a comparable situation. The past thus comes alive in order to clarify the present for us.

At the same time, it is not always the case that we feel the presence of the past when it is very much with us. During the last five days of the holy month of Kartika, women draw beautiful, colourful patterns and figures of gods, goddesses and animals in front of the tulsi plant at home with powdered rice and powdered leaves for colour. They also draw boats on water. But most of them have, at best, only a very hazy idea of its significance. The boat represents the maritime glory of Odisha. Centuries ago, traders from Odisha used to go by the sea route to Java, Sumitra, Borneo, etc. to trade. It was a prosperous venture. Someday it stopped. This sea voyage is mentioned in the story of Tapoi. “Tapoi osha” is a very popular observance, but the human and the religious aspects of it completely overshadow the idea of the overseas trade: the human aspect is about the sufferings of the girl Tapoi, the protagonist in the story, and the religious aspect is about the end of her misery after she took refuge under goddess Mangala.

Our almanac is a mini cultural dictionary and it connects the past with the present in certain ways. It mentions the auspicious days to visit particular religious places. For example, during the fifteen days after the Snana Yatra, when the darshan of Sri Jagannath is not allowed, one is recommended to go to Brahmagiri, some twenty-three kilometers away from Puri, for the darshan of Lord Alarnath. This was what Sri Chaitanya had done five centuries ago. Many still go to Brahmagiri, during the same period and for the same purpose. Similarly, on “Amla Navami (ninth day of the waxing moon in the holy month of Kartika)”, one is advised to go to Sakhigopal, about eighteen kilometers from Puri for darshan of Radha and Gopala. Thousands go there on this day. The almanac is still widely consulted by Odias in Odisha and outside with regard to the auspicious periods and ritual purity. It mentions the ritually impure periods, during which auspicious things must not be done; for instance, when cooking must stop on the day of an eclipse and when it could be resumed. Most Odias still try to observe some of these prohibitions, fully aware of there being no scientific justification for the same.

The wise say that the narrative of the past has an important function: it informs us about the mistakes that were made by our ancestors in the bygone days. That knowledge, they say, can help us to avoid repeating them. There may be other benefits as well. But for us, the most important thing is to experience that moment of connection with our past. Feeling the past and the present in the same moment can be an uplifting and humbling experience.