The Silk route was a series of ancient trade roads that connected China and the Far East with the countries in Europe and the Middle East. Along the Silk route there were trading posts and markets. The Silk route was in use between 2nd Century BC to the 18th Century.

The naming of this route as the Silk route is derived from the profitable Silk trade during the Han Dynasty of China. In fact, the Chinese started the Silk route. The Silk road played an important role in the development of civilizations of China, Korea, Japan, the Indian subcontinent, Iran, Europe, Africa and Arabia opening the political and economic relations. Apart from Silk other goods were also traded along the path. Buddhism was spread along the route. Even disease like Plague also spread through this path. The Silk route was also not without dangers. There were dacoits, wild animal, severe cold sometimes. So the trader-travellers were going in groups.

There was also relay system. The journey along the silk route was adventurous and pleasurable also. There was sociological and religious mingling.

Some remains of Chinese Silk dating from 1070 BC have been found in Ancient Egypt. The great Oasis cities of Central Asia played a crucial role in the functioning of Silk route. A major step toward the development of Silk road was the expansion of the Macedonian empire of Alexander, the great into the Central Asia. In August 329 BC he founded the city of Alexandria. The Greeks remained in Central Asia for the next three Centuries. The beginning of the Silk route extended to the Roman Empire. The Roman historian Florus has described –

“Even the rest of the nations of the world which were not subject to the imperial sway, were sensible of its grandeur, and looked with reverence to the Roman people, the great conqueror of nations. Thus, even the Scythians and Sarmatians sent envoys to seek the friendship of Rome. Nay, the Seres came likewise, and the Indians who dwelt beneath the vertical sun, bringing presents precious stones, and pearls and elephants, but thinking of less moment than the vastness of journey which they had undertaken, and which they said had occupied four years. In truth it needed but to look at their complexion to see that they were people of another world than ours”.

The Han dynasty army regularly policed the trade route against nomadic bandits. Han general Ban Chao led an army of 70,000 mounted infantry and light cavalry troops in the 1st Century AD to secure the trade routes. The Silk routes were a complex network of trade routes that gave people the chance to exchange goods and culture.

A maritime Silk route opened between Giao Chi (near Hanoi, modern Vietnam) in the 1st Century. It extended via ports on the coasts of India and Sri Lanka all the way to Roman controlled ports in Roman Egypt and the north eastern coast of the Red Sea.

The import of Chinese Silk caused a huge outflow of Gold from the Roman empire and Silk clothes were considered decadent and immoral.

“I can see clothes of Silk, if materials that do not hide the body, nor even one’s decency can be called clothes. Wretched flocks of maids labour so that the adulteress may be visible through her thin dress, so that her husband has no more acquaintance than any outsider or foreigner with his wife’s body. The western Roman empire and its demand for sophisticated Asian products collapsed in the 5th Century.

The unification of Central Asia during the time of Kushan empire from 1st Century to 3rd Century encouraged the powerful merchants from Bactria to Taxila along the Silk route. The Silk road continued till the collapse of the Safavid empire in the 1720s.

Thus, the Silk road represents an early phenomenon of political and cultural integration due to inter-regional trade. In its prime time, it strong groups as diverse as the Magyars, Armenians and the Chinese. The Silk road reached its peak during the time of the Byzantine empire.

In this world everything has a beginning, improvement and the end. The Silk route had also the same fate. But the Silk route had intrinsic merit. And now there is talk of revival of this route. 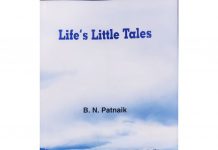 Epics and the KBC Contestants