Home Opinion Translation for language modernization: the case of Odia 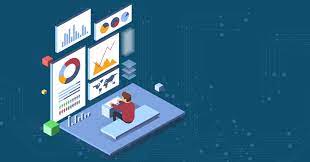 No one in Odisha today will disagree with the view that meaningful efforts have to be seriously and urgently made to make Odia the language of modern knowledge, which is what the “modernization” of a language is essentially about. It is only then that it will, hopefully, become, for some at least, a language of economic opportunity and of upward social mobility and when that happens, this two thousand- year old language with a rich literary tradition, will be taken more seriously by its own speakers. Quite a few of those who think about Odia say that at present its own speakers are somewhat indifferent towards it. It would be interesting to recall what the celebrated writer and thinker, PhakirmohanaSenapati, had said about such indifference about a hundred and fifty years ago. He wrote in his autobiography that in his time when a child asked his father for money to buy a book written in Odia, his father asked him to buy a book written in English instead, because that way, he told him, he would learn something useful. In the nineteen fifties, when I was at school, the attitude of the middle-class father was no different. And in this regard, the middle class is important; working for the preservation and promotion of language and culture has been the concern of mainly this class and this is not true of Odisha alone.

The first book I ever bought was The Old Man and the Sea in the paperback edition by Ernest Hemingway, who had just been awarded the Nobel Prize for literature but my indulgent and needy father, who gave me the money, was unhappy. He wished I had bought a general knowledge book instead. Today, many, especially the aspirant, the younger generation, tend to think that reading literature is a luxury and reading a standard general knowledge book or a quality book on the computer and its applications or on how to improve one’s English pronunciation, one’s communication and other social skills, is a necessity. It is widely believed that such knowledge and such skills will give the young person opportunities to live a comfortable life. In order to live a quality life, one has to make sense of the world around – the physical and the social world- and develop a perspective in terms of which one would relate to the same. For this, one has to be acquainted with modern knowledge. Now, it should not be the case, as it is today, that in order to have even some basic idea of the knowledge in various fields, an Odia speaker has to read books in the English language. This knowledge should be accessible to him in Odia.

It is not that no steps have been taken by the State to develop Odia into a language of modern knowledge. English-Odia dictionaries and glossaries of technical terms of some subjects have been prepared. But the assumption that these would automatically lead to the creation of knowledge-literature in Odia is wrong. Developing the vocabulary to increase the expressive power of a language is not enough; discourses have to be developed that would use this vocabulary. Words must not stay trapped in the dictionary.

In my opinion, translation of a selection of the knowledge texts written in English into Odia would constitute a very useful first step towards the emergence of knowledge literature in this language. Translation will give us “knowledge-writing” in our language. Once the discourse is available, scholars and thinkers will be able to write on technical matters (relating to sciences, including the human sciences and technology) in Odia. It is well-known that the limitations of a language restrict what can be said in that language. The great Odia naked eye astronomer, PathaniSamanta, wrote -had to write – his celebrated scientific work“SiddhantaDarpana” in Sanskrit.

As for the “translation” of knowledge literature into Odia, it seems that the readability of the Odia text has often not been considered to be an important factor. Once I read a book on Paninian grammar written in Odia. After reading a few pages, I gave up. The language was highly Sanskritzed. Paninian grammar itself is technical; therefore, one cannot understand it by merely knowing Sanskrit well. Now, since its Odia version was written in a language considerably difficult to understand, making sense of the content was even more difficult for me. I found the explication of this grammar in English by Paul Kiparsky much more intelligible. Professor Jatin K. Nayak, an accomplished translator himself, once told me that he had a similar experience with the Odia translation of some knowledge texts on statecraft and philosophy. He had found the English texts far more readable. Translation becomes pointless when the translated work lacks readability.

This problem can be solved to a great extent if the manuscript is edited and vetted properly and is field-tested. In editing and vetting, a language expert and an expert who is aware of the potential readers’ expectations have to be involved. A month or two’s field-testing with teachers and students at the appropriate level will be useful for the improvement of the quality of the work. This process is especially important for the translation of knowledge literature because there is no strong tradition of the translation of such literature in the language. In the nineteen fifties, sixties, and even seventies, some senior academicians of Odisha did write science fiction, popular science, textbooks, and even a few reference books in humanities and human sciences in Odia. It was a rather sporadic activity. For many reasons, this activity did not gather momentum.

For one thing, it did not receive much recognition. An occasional award to an author is not enough. Histories of Odia literature and other surveys of literature hardly mentioned knowledge literature. Literary criticism completely ignored this branch of literature, to the best of my knowledge. Had that effort continued, there would have already been a bulk of knowledge literature available in Odia in some subjects in the humanities and the task of disseminating modern knowledge, at least in these subjects, in our language would have been less challenging. Now, one has to practically start from the beginning and depend, for quite some time, on translation as a strong facilitator for the emergence of knowledge discourse in Odia.

Professor Basant K. Panda once told me that no matter how important the translation of knowledge literature project for Odia language development might be, there aren’t many people now competent to undertake the task. Many subject experts, who are the native speakers of Odia, do not have the required competence in Odia to write knowledge literature in their area of specialization and by and large, those who have the language competence lack the necessary competence in the subject, which is again not unexpected. There is no reason why a teacher or researcher of Odia language and literature must have competence in physics or electrical engineering or sociology. The higher education system being what it has been till now, where a student of the humanities has no opportunities to study mathematics or physics and a student of physics has no opportunity to study Odia literature or history, the translation situation described above is unlikely to improve. Fortunately, “National Education Policy 2020” has suggested measures to deal with this problem.

There could be other reasons for the non-availability of competent translators of knowledge writing. One could be that in most schools today, both Odia and English are not properly taught, as a result, the students have command of neither Odia nor English.  Another reason could be the demanding nature of one’s professional work today. Today, to do well in the profession, a university teacher has to publish his research in journals of repute in his field. Now, in no institution of higher education in our country, is the dissemination of knowledge in one’s mother tongue in the form of books and articles, etc. is considered as important as research.

The community’s support is very important for the creation and dissemination of knowledge literature in our language. It can pressure the State to create a pool of trained translators of knowledge texts, who must be provided adequate financial support for undertaking translation projects. This would happen if the modernization of Odia becomes a priority-level initiative of the State government. The non-government sector should come forward to contribute to this extremely important educational and social effort. Modernization of Odia is not merely a linguistic issue; it is connected to education, the democratization of information and knowledge access, and the consequent empowerment of the economically uncomfortable people, to the emergence of economic opportunities for especially those who live on the periphery, among others.