Sambalpur, Jan 28: The inhabitants of Western Odisha celebrated mass agrarian festival Puspuni with pomp and gaiety across the region on Thursday.

The annual festival Puspuni is observed on the day of ‘Pausa Purnima’ (full moon day in the Odia month of Pausa). The festival provides the much-needed break to the farmers and the agricultural workers after the tiring agricultural work. It also marks the end of work contracts between landowners and agricultural labourers and beginning of a new one.

The festival is also associated with fun and merrymaking and there is no ritual or worshiping of deities during the festival. Emphasis is given on food especially traditional and non-vegetarian food for celebration of the festival.

Special dishes and pancakes were prepared on the day with major thrust to the traditional foodstuffs like Kakra, Manda, Arisha, Ras Bara, Mung Bara and Malpua besides non-vegetarian dishes prepared especially from mutton were served in lunch and dinner as well.

Besides, children were seen moving from door-to-door singing the song ‘Chher Chhera’ and collecting food materials including rice and vegetable or cash. The entire exercise is aimed at poking fun at the older women of a household, strengthening the bond between the two generations and also seeking blessings from them.

Although folk dance and music of Western Odisha besides holding kabaddi and football matches mark the celebrations in rural pockets across the region, it has been limited to ‘Bhetghat’ (get together) in urban centres of the region. 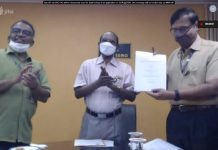 MoU Signed between ISRO and VSSUT For setting up Veer Surendra... 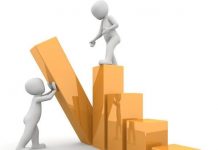