Home Opinion Will ‘Temple of modern India’ get buried young? On April 12, 1948, the then Prime Minister of India Pandit Jawaharlal Nehru, laid the foundation stone of Hirakud dam for the second time and named it as the ‘temple of modern India’. The Hirakud dam was planned as a multi-purpose dam for flood control, irrigation, hydropower generation, navigation and municipal water supply, fishery etc. The International Commission on Large Dams (ICOLD) has reported that the lifespan of large dams may go down by 50 per cent in tropical areas. This raises the doubt about the survival of the world’s longest earthen dam, the Hirakud Dam of Odisha. Every year more than 12,000 acre feet of silt is getting deposited in the dam due to large-scale deforestation in the catchment area resulting in reducing the storage capacity of the dam.

The Central Water Commission (CWC)’s remote sensing survey in 1995 and the survey by dam authorities in 1996-97 expose the fact that the total water storage capacity has reduced by 27.25 per cent due to siltation. Sonam Tobgay of NIT Rourkela in his research work has reported that Hirakud Dam Reservoir’s original utilizable and gross volumes were 5818 M m3 and 8136 M m3 respectively. Design silt index was 2.5 ha m (100 km2 year)-1. Total live storage loss between 1957 and 2001 was 984 M m3. In percentage terms, total and yearly losses in live storage were 16.9% and 0.376% of live storage volume respectively. Silt index for the live storage zone was 2.623 ha m per 100 km2 per year which was higher than the design silt index. So, by now the total live storage loss is more than 1400 M m3. Annual rate of siltation is more than 61.05 M.cu.m, since impoundment of the reservoir in 1957. The gross storage in the year 2000 was decreased to 5,896 M.cu.m from 8,141 M.cu.m in 1957 (originally). Percentage decrease in capacity at Full Reservoir Level by the year 2000 is 27.604%. These data raise the eyebrow of the people on the existence of this dam for more than 100 years.

To increase the life span of the dam some measures have to be undertaken urgently to reduce the sedimentation in the reservoir. The dam authority may think of providing under sluice below the probable height of deposition of silt, this helps to remove some quantity of sediment from the reservoir. Secondly minor check dams may be constructed in the upstream catchment where soil erosion potential is maximum, by doing this the sediment inflow into the downstream main reservoir can be checked. Thirdly soil conservation methods like tree plantations, control grazing in catchment, terracing the land, benching, cover cropping can be adopted to reduce the soil erosion.

Due to silting the storage capacity is decreasing this may result in massive floods in future time. In the Hirakud dam irrigated area the Rabi crop is suffering and with the falling rainfall Kharif crop might also suffer. In near future the power production will go down due lack of adequate storage capacity and water head. To continue with the irrigation and to protect the dependent livelihoods, there is an urgent need to maintain the canals and develop irrigation infrastructures.

Subhasri Dutta and Dhrubajyoti Sen in their research paper have claimed that the loss in the live, gross and dead storage will be 58%, 63% and 100%, respectively, of their original capacities by 2057, therefore the dam cannot last for more than 100 years. There is a demand by the masses that measures are to be taken at once to save the dam and reap the benefits from the sacrifice made by the people for a long time to come.

Sharvani Satpathy is a freelance environmental journalist. She is a gold medalist in MSc Environmental Sciences from Sambalpur University. She has authored two fiction books in English namely ‘Break in the Clouds’ and ‘Cactus Bud’, both on the theme of women liberation and freedom.

She can be reached at [email protected] 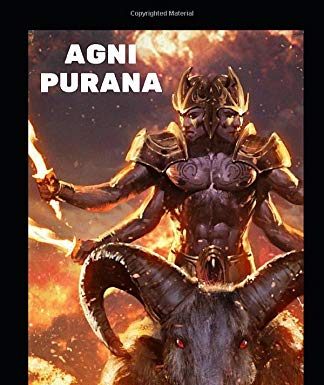 Apart from Andolanjivi, are illegal paddy procurement and Arhatiyas in Punjab behind farmers protest?