Home Opinion What is modernity? What is modernity? Shakespeare said — “Time’s pressure is modernity”. Time is always galloping. Time is like an antelope. It runs away never to return. Time puts pressure on the human society for changes of culture and civilization. So accordingly, the youth mass of society is affected by time. The youth discards the old outdated culture and adopts new habits and behaviour of human beings. So modern  youth of twenty first century is an emancipated human being. Also, the present youth is a disillusioned human being. Old order change the yielding place to new. The marching of civilisation has made the modern youth a ‘new man’. The increasing use of the development of science and technology has accelerated everything in society. A society is emerging as ‘never before. The world view of present youth has increased beyond horizon. ‘Ultra Modern’, ‘Post Modern’ — these are the catch word of today. But despite all these things, one thing remains — the tradition which the modern youth has completely forgotten. Tradition and modernity — they should co-exist and respect each other. We should reach the sky; but we should not leave the earth. So far as India is concerned, there are two traditions — Great Tradition and Little Tradition. Great Tradition is all India culture and Little Tradition is regional culture of India. We, as Indians cannot live without those two traditions. Some years ago, a candidate appeared IAS interview Board of UPSC. The Board chairman asked the candidate —Are you seeing the TV serial ‘Mahabharat’ by B. R. Chopra? The candidate said — No. The chairman was annoyed and said — you may get IAS; but you are not a real Indian. This example shows how the modern youth has forgotten the tradition —his own soil on which he is born. This is irony of our age. When we are going forward — we are forgetting our past. Past is the best time. Love for the past is a romantic trait.

The modern youth is lacking one fundamental element of life. That is morality. The moral standard is the greatest happiness of the individual. We should know what is right and what is wrong. And accordingly, we should live our life.

An ideal modern youth is an asset of our nation. For the progress of the nation, youth is a must. Youth is a valuable human resource. The young people constitute about forty percent of our country. During the freedom struggle, the youth of our country played a significant role. There is a generation gap between the young and the old. The youth should be guided and their energies should be utilised for the progress of the nation. Today India is burdened with many social, political and economic problems. The youth can come forward and check them and work for the betterment of the nation. The youth can also provide relief to the afflicted persons during natural calamities. By performing a constructing role, the youth can make India prosperous in every field. 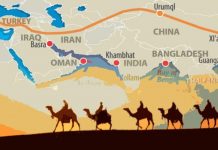