During Bala dhupa the devotees, assembled in the presence of the Deities, keep chanting a simple couplet, containing some names of Krishna. One of these names is Damodara. The first line of the couplet is of interest here: jaya raadhaa daamodara gobinda (Victory to Radha and to Damodara, and to Govinda, who is also known as Damodara).

Noticing that I was not reciting it, a servitor, an old person, came up to me and asked me to chant it. “Chant it, Babu (a polite address and reference term in Odia), it’s a mahaamantra, great mantra”, he told me. I noticed that though most were saying “raadhaa daamodara”, a few were saying “raai daamodara” instead.

Later when I asked one of these devotees, he told me that the right word is really “Raai” not “Raadhaa” and that Rai was not Radha. He didn’t elaborate; neither did I ask him to do so. I do not remember why I didn’t; I must have thought that he really didn’t know. I knew that in colloquial spoken Odia, Radha often becomes Rai and she is occasionally mentioned as Rai in Odia Vaishnava literature as well. In any case, standing in front of Mahaprabhu, who would care what the right word is!

Far away from Puri, after many Kartikas, one day I recalled what that devotee had told me and tried to find out if Rai is different from Radha. What I found was that Rai and Radha are not indeed the same. This is Rai’s story:

One day the bada panda (one of the chief servitors) invited Jagannath home. Let’s refer to Him by His first name as people in Odisha fondly do. He had performed the sraddha ritual for his forefathers and had cooked special food. Jagannath went to His great devotee’s house and the servitor and his wife offered Him food with utmost devotion.

He was very pleased. “What do you want from me?” He asked him. The servitor said that he wanted Him to marry his daughter, Rai. The Supreme god obliged; she was born with the attribute of goddess Lakshmi, He told him. And thus, the great tradition of the classical narratives appropriated a local tale. After a while, He wanted to return to the Big Temple. The servitor folded his palms and said that he was poor and had nothing to give Him as dowry and implored him to forgive him and accept his surrender to Him instead.

Rai served goddess Lakshmi well. Very pleased with her, one day she told her that she wanted to grant her a boon. Rai asked for Damodara. Lakshmi was stunned. She was not angry; she did not feel that the girl had been clever and had trapped her; so she did not want to punish her for her unfair request – she was only deeply perturbed and sad that she would lose Him. How could she ask for Him, she asked the girl.

The generous girl told her not to worry, it was for just one month, the month of Kartika, she told her. Lakshmi was relieved. But Kartika is special, being the holiest of the holy month; “give me five days of Kartika”, the goddess requested her and Rai readily agreed. If not then, later, the goddess realized that it was His wish.

Thus, Jagannath’s special Radha Damodara besha comes to an end one day before the ekadasi of the waxing month of Kartika. On the day of ekadasi, the Deities are adorned with gold ornaments as part of a dress known as “Lakshmi -Narayana besha”, symbolizing the return of Jagannath to Lakshmi.

Rai’s is a local girl’s tale. She did not love Him; she was not His devotee and marrying Him was not in her mind. Neither was she in His mind – but who knows about Him! They were married because of her father, who was His devotee. The bhakta offered and Bhagawan accepted. Rai expected nothing from Him and did not ask Him for anything.

It was only when He wanted her to ask Him for something that she expressed her desire. What she asked for is so very childlike, innocent and sweet – sitting on His lap, she wanted to enjoy the festive dignity and the serene grandeur of the food offering ritual and share the food with Him.

This is what a child could ask of her father, one would think. She was not possessive about Him.  She was not jealous of goddess Lakshmi; neither was she afraid of what would happen to her when she would find out. She surely knew what He had told her father about Lakshmi – she was “ati dusta” – very wicked. With the goddess, she did whatever He wanted her to do. Her attitude is outside of navadha bhakti (nine types of devotion); it is perhaps surrendered in one form. As Jara’s is, in Sarala Mahabharata.

The above could just not be Radha’ story. Radha and Krishna longed for each other with great intensity. Virtually each couplet of the immortal love poem, the Gita Govinda, celebrates their longing, as have innumerable shastrik (roughly, scholarly and philosophical) texts and kavyik (literary) creations. Lakshmi or Rukmini, viewed as a form of Lakshmi in dwaapara yuga (aeon of Dwapara) never entered the Radha narrative. Radha was very possessive and jealous with respect to Krishna and could certainly not have accepted a situation in which she would have or would have had to share him with anyone: gopi or goddess.

The Avatara left her and later married Rukmini but countless legends and rituals have ignored her and celebrated Radha’s and Krishna’s togetherness. In any case, that’s different and is not our concern here. As for Lakshmi, in puranic literature (at least in Odia puranic literature) she may not be openly possessive about Bhagawan Vishnu but there is no episode in which she shared her Spouse with anyone, either willingly or forced by circumstances, without feeling anger and hatred towards that other.

In the Jagannath Temple in Puri, the floral garland of Jagannath (called “adhara” by the servitors) which He wears in the bada simhara besha (the “big dress”, which is the last dress the Deities wear for the day and which is a flower -based dress) is ritually offered the following morning to goddess Lakshmi but before it is offered to her, every single tulsi leaf is taken out from it. Because she cannot stand a sautuni – the other female.

And Jagannath? From the forests where the savaras worshipped Him in some Form, when exactly He entered the discourse of Sanatana dhama is a matter of interpretation – in the Rig Veda? Or in the puranas? Not resembling any Vedic or puranic god, He came into the Great pan-Indian tradition with no story of His own. Down the centuries, as different sects of Sanatana dharma embraced Him, their stories got attached to Him – some of these were Vishnu’s, some others were His avataras’. Independ of these, Jagannath had no doings; there was no leela of His, so no stories of His own.

To confront the Great Tradition, narratives with a distinctly local flavour came into existence. Rai’s story is one such. So strong is the attraction of the Great Tradition that Sri Jagannath’s Rai became the Vaishnavite Radha. After all, Radha, who belongs to the “great tradition” has a great visibility; Rai, who belongs to the local loka katha (folk tales) is faceless.

No literary work, major or minor, in Odia language has celebrated her. Neither has any painting or dance. Today a few might remember Rai’s story but a few generations later, she would be entirely forgotten. Radha would have substituted her in the mind of the people. Today, the established panjikaas (almanacs) that inform about the rituals in the Big Temple use the word Raadhaa, nor Raai in this context.

It wouldn’t of course matter to Rai. Let her name be lost. Because come Aswina sukla ekadasi, for a whole month from that day, Jagannath will dress beautifully for her – those who celebrate Rai would love to think; let the Vaishnavites not worry, Jagannath, who assimilates all stories, can accommodate their story as well! – and she will sit on His lap at the time of ballabha dhupa and eat coconut, banana, khai, kora, etc. to her heart’s content. 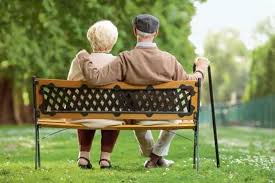