Home Opinion The old demoness in our folktales More often than not, the demoness entered our folktales when she was old. Her two protruding teeth were as big as the radishes grown today with the help of fertilizers and other chemicals.For lack of dental care, her teeth were yellow.For lack of hair care, her dirty, jute-like white hair fell all over her face. For lack of mouth care for years, her mouth emitted smell so foul as to intoxicate flies at a considerable distance. But she was completely unconcerned about all these; if the humans found her unpleasing, it was their problem. Besides, in this pluri-cultural world of ours, not everyone has the same notion of what is physically attractive and what is not.

But if a situation arose for the demoness to attract a human male, without wasting considerable time and effort, unavoidable in the time when ready-made make-up was unavailable to the marginalized people, forest dwellers being among them, for improving their look, she just would will to appear young and beautiful to the human eye, and in a flash, she was transformed into a young maiden and a stunner at that!Not just a human, she could assume the form of an animal, a tree or even a stone. But when she was killed, she died looking every inch an old demoness.Death destroys all pretence about the body.

She hadweird habits, from the humans’ point of view, that is. She would warmherself by putting a leg into the chulha(hearth) containing glowing embers. The demoness in one story named her sons “Jhapatkhana”, “Dhumsa”, and “Kirikitia”, all ugly names for us but surely sweet for the mother. True, only decades ago, in rural Odisha, an Odia mother, who had lost one or more of her children, used to give her surviving children names with unpleasant associations in order to ward off Yama, the god of death. She believed thatYama would feel repelled by their names and would not come near them. But such names as those that the demoness had given her children, surely no human mother gave her child; so distasteful were they. Maybe unfamiliar with the Odia of the urbanites, the demoness mother did her best while naming her children in this language.

She was not really worried about her death. If not always her children’s, her “life” she kept outside her body in some form, say, an insect or a parrot or a myna, etc. in a secret place; so, she could be killed only if someone found out her secret and crushed the insect or wrung the bird’s neck, whatever applied to the case in hand. The demoness in a certain story had kept her life in her hair. One strand of hair was silver-like and that hair was the life of her. If someone pulledit out, that would be the end of her. But how would anyone know? Her secret was known to her alone.  In these tales, there was no Sahadev, the wisePandava, who knew the past, the present and the future of others.

The demons, both male and female, both young and old seem to be forever hungry, all the time looking for food. Big bodies have big appetite. Sometimes a demon descended on a village or a town and gobbled up some humans and left. Occasionally a lazy demon, looking for easy solutions to his food problem, harassed the same people again and again and they made peace with him by promising him food every day: milk, curd, cheese, rice, dal, pithas (cakes) of all kinds, cooked meat and fish–plenty of these and live animals, say, a couple of goats or lambs or a buffalo. But in addition, the demon needed a human. That was a must. Demons would devour a human alive, young or old without considerations of gender, colour and creed. They understandably preferred a fleshy human to a skinny one.And like the humans do, the demons relished tender flesh. Some meat-eating humans love meat cooked rare; the demons preferredraw flesh. In other words,the former wants to see the pink in their meat, the latter always wanted itdeep red. A demon or a demoness munched the bones of their victim, non-human or human, almost the way the connoisseur among us munch the legs of a deep-fried crab or a lobster; it is just that the former’s performance was a great deal noisier than is the latter’s. But that has to do with the nature of the stuff they were dealing with.

We presume there were demons and demonesses, who lived ordinary, unambitious lives, eating whatever they managed to get in their own surroundings and did not crave for human flesh. And not particular about living a long life, they did not keep their life elsewhere. It is just that we do not routinely run into them the world of the folktales. The ones such as these, be they humans or demons, are hardly the stuff of our stories.

Their taste and their yearning for the human flesh landed the demons in trouble. That led them to intrude into the human localities.True, they swallowed up a few of those they ran into but eventually got killed by some human or the other. The latter turned out to be cleverer and more manipulative. With sweet words and copious tears that they alone knew were false, they would lure them to tell them where they had hidden their life. Simple and trusting, they would divulge it and that was the end of them.

Yet another thing that them into trouble was their inexplicable attraction for a cute little human child, often a girl child.There are demonesses in the tales who brought them up like their own children.In one story, when the girl grew up and met a handsome young man, who had strayed into the demoness’s place, she gave him protection from the demoness, planned out an escape strategy with him and duped her with tears and tender words to tell her secret to her. The trusting demoness, who had mothered her for years,readily did that and the poor thing did not have time enough just to tell her how she felt on being betrayed by the one she had nursed with so much love.

The demoness in these tales has traditionally been looked upon as an extremely wicked, cruel and blood-sucking being. But think: was she responsible for her longing for the kind of food that gave her satisfaction and for the way she ate that food? Wasn’t it part of her nature? This apart, isn’t what the humans do to the goats, lambs, fish and fowl so very different in principle from what she did to the humans? She becomes the evil-incarnate because the humans have told her story. If goats were gifted with language and story-telling ability, wouldn’t they have presented us, humans, exactly the way the demoness has been presented by us? Think!

Have you seen the fear in the eyes of a goat when she sees the butcher approaching her with his knife? Have you seen her tears? If you say, those are no tears really and that we are being sentimental in viewing her condition this way, I have nothing to say. 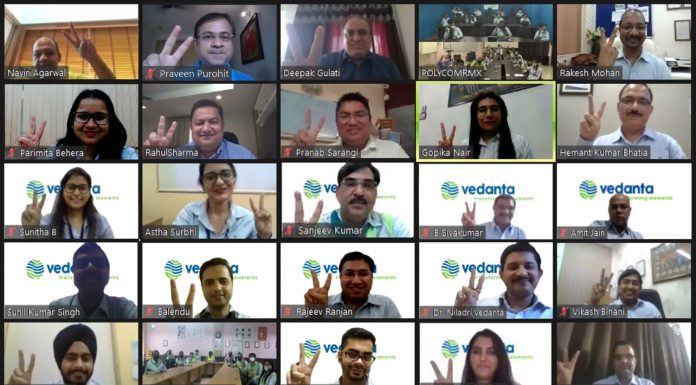