Tuna Herna and 79 other migrant workers of Boden block of Nuapada district were working in different construction sites in Chennai, Tamil Nadu since December last. They became stranded in different places of the metropolis when the lockdown was announced by India as a measure to fight Coronavirus pandemic. “The construction work stopped and we all stayed locked-up in the construction sites where we were working, waiting for the work to resume,” says Tuna. “When we realised the gravity of the Corona crisis, we wanted to return home, all means of transportation had stopped by then”, he adds.

After a month and half of lockdown, Tuna, with seven of his co-workers, all belonging to Amguda Panchayat of Boden block decided to return to their village at all cost. They asked their respective families to transfer some money to purchase bicycles. “It was very difficult to get money during lockdown, so we had to arrange a loan of Rs.6000/- and transferred the amount to our son’s bank account” say Tuna’s parents. Tuna and his friends started from Chennai on May 9. “We didn’t face any problem till we reached Kalyan Singpur of Rayagada district in Odisha, where we were attacked by some miscreants. Thanks to K. Singpur police for rescuing us at the right moment,” adds Tuna.

The group made several appeal through video postings on the way for transport facility to reach Boden. “We are tired and exhausted, are afraid to move further considering the manhandling at K.Singpur, we have covered hundreds of kilometres but covering the last miles has become difficult, please help”, they had appealed. They received some advice and some assurances from concerned officials including district collectors, but nothing materialized till they entered the border of Nuapada district on Monday. Hitesh Bagartti, a former MLA of Khariar made arrangement for their transportation from Borda of Kalahandi to the quarantine centre at Farsara of Boden block. “We have now reached our brothers, who started their journey from Chennai in bicycles, but there are still 71 more, who are coming by foot from Chennai. We request all concerned to extend support”  Hitesh Bagartti said.

For more than two weeks, Mohan Nag of Kutiapada village of Buergaon GP, Boden block along with six of his co-workers who were stranded  in Golders Green Co-operative society, Holly Cross Road, IC Colony, Borivali West, Mumbai, tried to reach out to the administration through video postings on social media to reach their villages only to receive no response. After two days of desperate struggle to get support from authorities, they decided to begin their journey for their homes in a truck by paying Rs.4000/- each.

Some of the post on social media including on Twitter have been well responded to resulting in availability of better quality food and travel facilities for the stranded migrants. Officials dealing with Odia migrant labourers issues in other states especially Tamil Nadu, Andhra Pradesh, Gujarat and Telengana have taken effective steps to get the stranded labourers connected to local administration there. Six families of migrants with 26 members including their kids were stranded in a brick kiln near Pollapatti village under Aliyar P.S. of Coimbatore district. The company owner (Tripple S) didn’t not allow them to leave the kiln. The workers said that they continuously worked since July 2019, even during the Covid lockdown. A Twitter posting requesting support immediately resulted in their rescue by Coimbatore administration and they were sent to Odisha within a week.

Such responses, however doesn’t testify that the system is full proof and well in place to cater to the need of migrant labourers. In spite of existence of several laws and rules in India, migrants continue to suffer. The marching of thousands of labourers on roads and train lines in distressed conditions reveals how poorly we are performing in tackling the migrant issue. 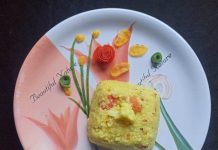 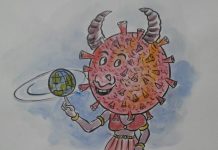 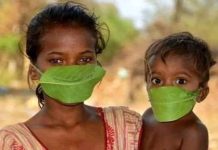 Sambalpur university gets patent for Ragi based cake