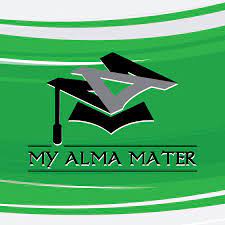 Alma mater means a school, college or university which one has attended or from which one has graduated. Alma mater is a latin word meaning – alma means nourishing and mater means mother. So alma mater means nourishing mother suggesting that a school provides intellectual nourishment to her students.
The term entered academic use when the university of Bologna adopted the moto alma mater studio rum (nurturing mother of studies) to celebrate to universitys historic status as the oldest and longest continuously operating university in the world. The term is related to alumnus, literally meaning a nurseling or one who is nourished that frequently is used for a graduate.

In my case my alma mater are Balpur U.P. School, Dhama M.E. School, M.P. High School, Dhama and Gangadhar Meher college, Sambalpur. I was born on 3rd February 1961 in the village Balpur in the district of Sambalpur in Odisha is I studied from class one to three in the village school. My teacher was Bhagabatia Behera of Karanjola Village which is nearby to our village. He was the only teacher in the School. The School was one man show. He taught us every thing. He taught us how to hold a book, how to write and read. He taught us simple things of life – the fundamentals of life. I can not forget it.

Then I moved to Dhama M.E. School where I read. From class four to seven. First our headmaster was Muralidhar Pradhan. He was a saintly person. He was a real educationist. He retired. So my sojouon with him was short. I missed him. He was Dr. Radhakrishnan for me. Many Headmasters changed But some other teachers remained for long time. Sebanidhi Panda of Khinda, Bhagawana Dash of Dakara, Panchanan Purohit of Gainpura, Arakhit Mishra. Of Dalab and others. Sebanidhi sir was a strict disciplinarian. He was teaching us English in class four and sahitya in class seven.

I was a favourite student of Sebanidhi sir as I was interested in both English and sahitya subjects. Panchanan Purohit sir was teaching mathematics in class four. Bhagaban sir was teaching mathematics and history in class five. Bhagabana sir had keen interest in history. Even today I have remembered one point taught by him. In mughal empire how many total mughal emperors were there in india? Answer is Nineteen. Six were famous – Babar, Humayun, Akbar, Jahangir, Shahajahan and Aurangzeb. The rest thirteen were lesser mughal emperors. The last was Bahadur shah jafar who met his nemesis in 1857 mutiny. Bhagaban Dash sir was unforgettable.

In class seven our class teacher was Sebanidhi Sir. He was the Teaching sahitya (Odia) in which I was very much interested. He gave seventy two marks in sahitya in 1st terminal examination. In those days this is a high score in class seven three were selected to appear scholarship exam in sambalpur. Myself, Suresh Sarangi and Kishore Sahu. The contribution of Sebanidhi Panda sir was remarkable. He made our background strong.

Then I entered Mathura Prasad High School Dhama. I was a Late comer to the school as the seats were filled up in class eighth. Fortunately a studennt took T.C. and went to Maneswar High School. So I took admission.

My High School career was a time of improvement. Our reverend head master was Janardan Patra. He was M.A. (Sanskrit) from Allahabad University. But he was teaching English. His teaching of English grammar was marvelous. He was Dronacharya for us. The other teachers were Lingaraj Dash (Math and science) Lala Bag (Sanskrit, Oriya), Antaryami Sarangi (Social studies, Geography, civics), Prafulla Singh (Math and science), Benupani Behera (Geography, Hindi) Swapneswar Mahapatra (History, Sanskrit) my favourite subject was Sanskrit, always scoring above Ninty Five. In the matriculation exam 1977, I remained in the best twenty of odisha (my serial No in merit list was nineteen)

Then I entered G.M. College, Sambalpur. Taking admission in intermediate Science. In science stream there were brilliant Teachers. Bholanath Padhi (Physics) C. C Hazra (Physics) B. N. Kar (Physics), Dharanidhar Das (Physics) V.S.R. Gupta (Chemistry), K. K. Bhogel (Zoology) Ujagar patal (Math) Hari Prasad Nanda (Botany) I remember once Bholanth Padhi asked – while teaching ‘Light’ chapter – what is the speciality of ID curve? We could not answer. He gave two days time. Still then we could not answer. Then Padhi sir himself said Both the X and Y axes are asymptotes to the graph of ID curve. H. P. Nanda sir once said – In Mathematics also there are catalysts giving one example how seventeen cows were divided among three brothers in the ratio (1/9, 1/3, 1/2) by adding one in the seventeen. That means 18 cows were divided, but the result was 17, (Brothers got (2 + 9 + 6) = 17.
After Science I changed Arts stream taking English Honours in B. A. There also were brilliant teachers – Manish Chakravarty, G.P. Guru, Anthony Nag, Hari Shankar Panda, Makta Bhoi and others. Manish Chakraverty sir was a brilliant teacher. He was teaching forms of litareture. I remember once he taught. How to analysing an unknown passage is the most difficult task in English literature. Manish Chakravarty Sir made it so simple that in the Examination, we did not face any difficulty.

There were other stalwarts – Srimat Sahu a gem of English Deptt. An expart on the bard Shakespeare. He studied English in London. Only for few minutes I had talk with him. He did not take any class with us.
Harishankar Panda, another genius. He graduated from G. M. College, Sampalpur with English Honours and then went to Delhi University for M. A. He was teaching us the theatre of the absurd. He was always saying English is unlike any other subject. It has no limit. Sky is the limit. For example – there is a word – romantic in English literature. What is its meaning? It has several meanings F.L. Lucas – I french critic has listed eleven thousand three hundred ninty six meanings of the word romantic.
Such is English lit. And its stalwarts others were there like Makta Bhoi, Anthony Nag, Panchanan Mishra, Rohini Mukhenjee and others. English lit has much intrinsic merit.

After graduation we applied in Sambalpur University, Burla for M.A. we were interviewed. We were selected. But we three – My self Paresh Nanda of Tora, Bargarh and Umesh Panda of Baunsara, the Village of my maternal uncle, did not take admission in Burla – we got admitted in Sambalpur – the same G. M. College HOD of English Deptt. Burla sent information for us. But we denied for personal reasons. Professor Chitta rajan Pati, the HOD became sad that we could not become his students. Sad that we could not become his students. That was not to be.

Any how we passed our M. A. (English) from Gangadhar Meher College, Sambalpur. It was our Alma mater for long six years. We have Shaped our future life there. G. M. College was our oxford and Cambridge Like Charles Lamb’s essay – Oxford in vacation. 5 Nagar Vans to be created in Municipal Corporations of Bhubaneswar,Cuttack, Sambalpur, Rourkela and...