Home Opinion Is language a truly efficient means of communication? 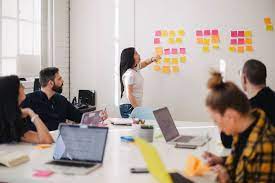 The power of the appropriate expression uttered in the appropriate situation has been much talked about in many ancient cultures, including ours. An expression can emotionally move and affect a person as effectively as the corresponding physical action – tongue-lashing can be as bad as lashing and a kind word can be as comforting as a wonderful gift given with much affection. It is well known that language can be used to talk about, not just our world but about some dream world, about some utopia or dystopia, about something that exists, say a “goat” and something that does not exist like the “average man” or something that exists in the mind but has no physical manifestation, like a ghost or even better, the terrible “kokua”of Sarala Mahabharata. Kokua looked different to different persons, unlike the typical ghosts, like the headless princess on the Princess Corridor at Shimla or Oliver Cromwell at his house in Ely. Language can be used to talk about things that have happened and things that could have happened or did not happen. Language can be used to reveal facts and conceal them as well, to express feelings and emotions, and also to suppress them, inform and misinform. Sometimes one doesn’t know whether a certain statement is an information or misinformation. For some, the State-sponsored information about the number of Covid-19 victims is information, for some, misinformation.  Language can be used to wield power and resist power. It’s amazing the way language performs these contradictory functions. No other mode of communication can rival language in this respect.

All this may be uncontestable, but for Noam Chomsky, there is a reason for skepticism about the efficiency claim of language for communication. He thinks that language is not really a very efficient tool for this purpose. By the way, “communication” here refers to natural, day-to-day interaction, not artistically constructed interaction, as in literary works.

Think of ambiguity in this context and ambiguity is a feature of all languages. Now, ambiguous sentences are not ambiguous in the same way. For example, “I went to the bank” is ambiguous because the word “bank” has two meanings: the bank of a river and a financial institution. When the speaker says this to the hearer, the hearer would not know where the speaker went. Similarly, the poor hearer would not be sure what the speaker meant when he said, “the Vice-Chancellor had stopped smoking”. He would wonder whether, using his authority, he had stopped smoking on campus or whether he himself had stopped smoking. The hearer would be unsure as to what the speaker meant when he said, “Visiting relatives can be a nuisance”: are the relatives, who are on a visit, a nuisance for the person they are visiting, or is the whole business of going to visit one’s relatives a nuisance? Since life cannot be lived in ambiguity, from the uttered expression, one has to figure out what the message is. One can arrive at the content of an expression – that is, its message – more easily if the expression is unambiguous. Given this, how can language be an efficient means for communication when it does not disallow ambiguous sentences, which instead of facilitating communication, do the opposite?

Now, all this was fine with me till I read Gabriel Marquez’s story “I Only Came to Use the Phone”. I was not the same person after I read this story. You will not be if you care to read it. In certain ways my certainties became near-uncertainties. For instance, I became wary of the expert. In any case, post- my reading that story, I thought I must rethink this ambiguous matter.

On reflection, I realized that ambiguity isn’t really as serious a problem in communication as it is made out to be. I asked my grandson Shriyansh, who is completing his school education, about the “bank” sentence – whether it has one meaning or more. Prompt was his response. What he said impressed me. He said it has only one meaning. If someone said this in my village, the word “bank” would mean “riverbank” but if someone said this in Bangalore, it would have the “financial institution” meaning. Ambiguity arises where there is no specific context. Now an utterance is made in a conversational context, and it is the context that disambiguates the ambiguity. The context includes the hearer’s knowledge of the world – in this case, that my village, Subarnapur, is on the bank of the river Mahanadi and that there is no river near Bangalore.

The “Vice-Chancellor” sentence is also not ambiguous in a communicative context. If one knew whether the students on the campus had stopped smoking after the Vice-Chancellor issued an order to this effect, one would know the precise meaning of the utterance. If there was no such order, then the hearer would have no problem in figuring out that it was the Vice-Chancellor who had stopped smoking. Similarly, if the addressee had the relevant knowledge of the situation (that is, whether the unwilling speaker was making preparations to visit his relatives or had been troubled by the arrival of his relatives at his place), he (she/they) would have no problem in making out what the speaker of the “Visiting relatives” sentence had meant.

Returning to the “Vice-Chancellor” sentence, suppose the addressee had no knowledge about the Vice-Chancellor’s circular and the situation of smoking on the campus. For him, then, the utterance would remain ambiguous. If he is keen to know what the speaker meant, he could always ask – “Sorry, I didn’t quite get you. Would you be more specific?” He would get a clarifying response. Ditto for the “Visiting relatives” sentence. Humans are ordinarily mutually helpful; conversation, a human act, is ordinarily a cooperative act.

Sometimes ambiguity can be hilarious. It was in the mid-nineteen eighties. I was having a great lunch with my well-wisher Professor Madhusudan Pati at his place. He knew I was teaching in Kanpur. We talked about the famous Lal Imli blankets of Kanpur and the shifting of the once-thriving wool industry of Kanpur to Punjab and Haryana. With Lal Imli having become a thing of the past, he asked me what good stuff were then available in Kanpur: “kanpur-re ajikali kana bhala miluchi”. I promptly said “bhala jota miluchi (good shoes are available)”. He laughed heartily.

I immediately realized that what I had said had another meaning: “jota miliba” is an idiom and it means “thrashing”. When it is qualified by “bhala”, it means “sound thrashing”. This meaning was unintended. We had a hearty laugh.

So let’s not worry about ambiguity and the experts. Let’s talk, let’s enjoy our conversation. If an occasional ambiguity comes up, let’s relish it. Disambiguation is no problem. Ask the one who used the ambiguous expression. He will clarify. Ambiguity is a hindrance to communication only in theory.